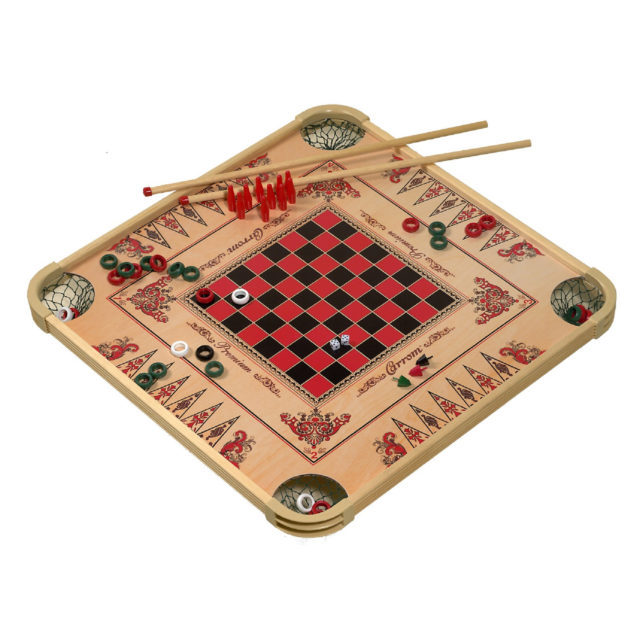 Carrom Company – Tip’n the Mitten Featured Vendor – We are excited to be able to carry games from the Carrom Company of Ludington Michigan! For those who are not familiar with them, they are a Michigan company who are dear to my heart! Since before I was born (that was a while ago)…my family has owned a carrom board much like the one you see above. After my grandparents passed away, I was lucky enough to become the caretaker of this fun game that I have so many wonderful memories attached to! My grandparents and I, along with my brothers, would play this game for hours at the kitchen table for decades!

When we learned that this company was “pure Michigan”, we immediately wrote them and asked if they would be willing to let us sell their games in our store! I told them the story of my game, and the thousands of hours of joy that their game gave to my family and myself, and their response to me was, “sure you can! We can’t wait for you to be able to hear the many stories just like yours!”

We even went and picked the games up from their factory in Ludington and were able to have a tour of their factory!! It was filled with little bits of history from their long, long history! In fact, this amazing Michigan company, located just blocks from the ferry to Wisconsin, has been in operation in the same location since the 1890’s!!

Here is a more about them from their own website:

The Carrom Company has proudly manufactured games in Ludington, Michigan headquarters for over 125 years. What we do in Ludington is significant to the local economy, but even more important, we bring families together and we’ve been doing it for longer than a century.

In the last quarter of the 19th century Henry Haskell, a Sunday School teacher, viewed with alarm the growing number of boys who loafed around pool rooms. (Ironically, the company would eventually manufacture pool tables.) Haskell had an inventive mind and he concentrated his thought on supplying a game which would appeal to these boys and supply wholesome enjoyment. Soon after, Haskell patented and introduced the U.S. Carrom game board. Produced at Ludington Novelty Works (Ludington, MI) of which he was part owner.

1910’s
1910
J.S. Stearns, a wealthy industrialist, purchases an interest in the company and becomes president. Haskell was secretary.

1920’s
1920
The Carrom Company continued to grow and prosper until the late 1920’s when the Great Depression began. The company was kept alive only because of the determination of the Stearns’ interests to maintain as much employment as possible during a difficult time.

Carrom Baseball game board (style BB) introduced (1937). Lew Fonseca rules added in 1938. Highly collectible boards today. Carrom Company enters the field of institutional furniture manufacturing (c. 1937). This was a new field for Carrom and a lot of money and effort went into making the proper entrance. The strain proved too great for Carrom which was close to bankruptcy by the end of the 1930’s.

During WWII, Carrom Industries made large folding tables to display maps for the military while in the field.

1990’s
1990
Carrom Company purchases the Drueke Company and moves its manufacturing operation from Grand Rapids, MI., to Ludington. Drueke is well known for its quality chess, cribbage, backgammon and other board games. (1992)

Name changes back to the Carrom Company. (1994)

2010’s
In 2014 the Carrom Co. began its inaugural “Unplug your Kids: Connect the Family®” initiative and it’s one we hope to carry on for years to come. We asked families across America to turn off their TVs, computers, phones and mobile devices and spend a few hours playing games around the kitchen table or in their family rooms. We hoped to start a movement that would encourage families to unplug every Sunday and spend time together laughing, playing games and just having fun.

Click the images below to see other games we carry from the Carrom Company. Hover over the image to read more about the games! 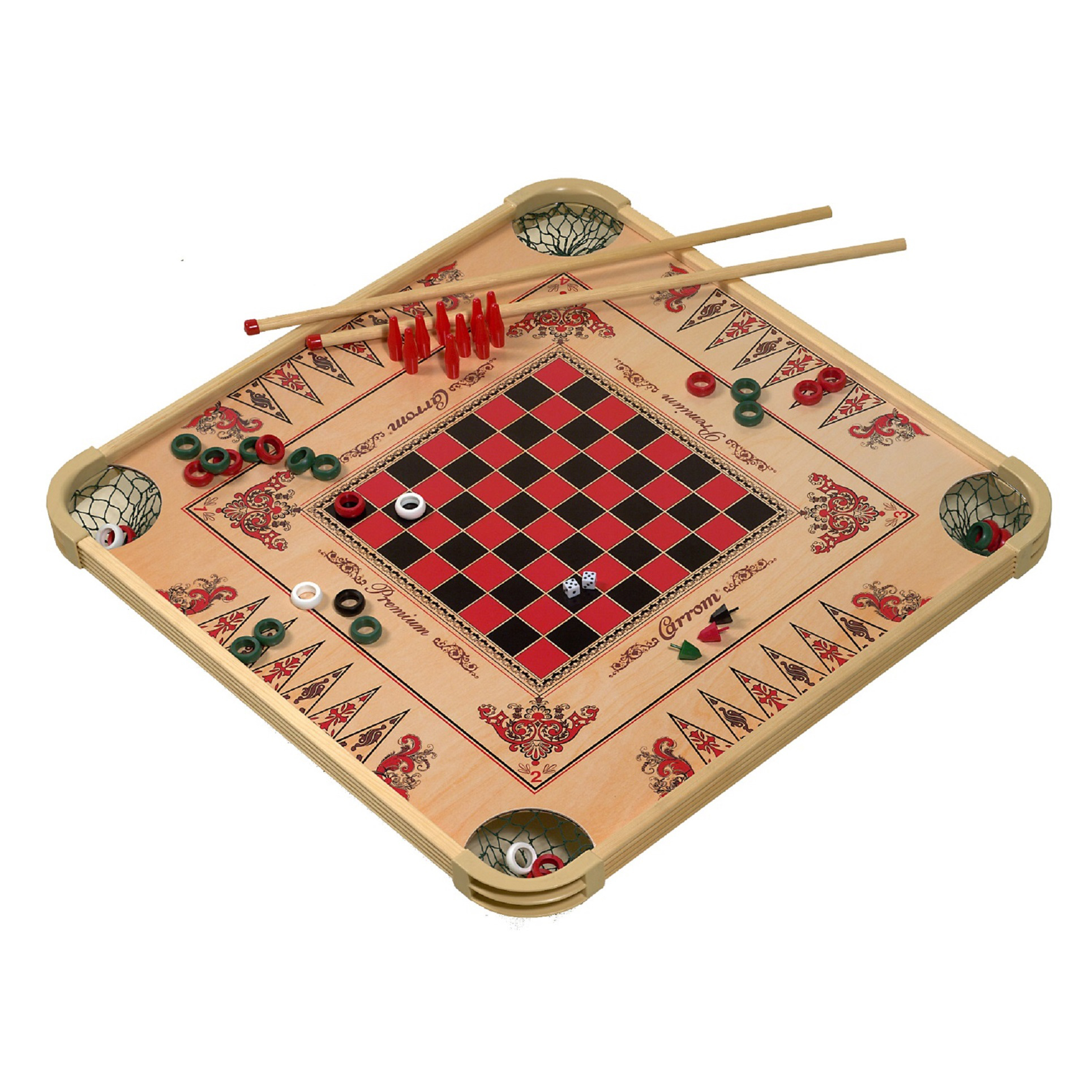 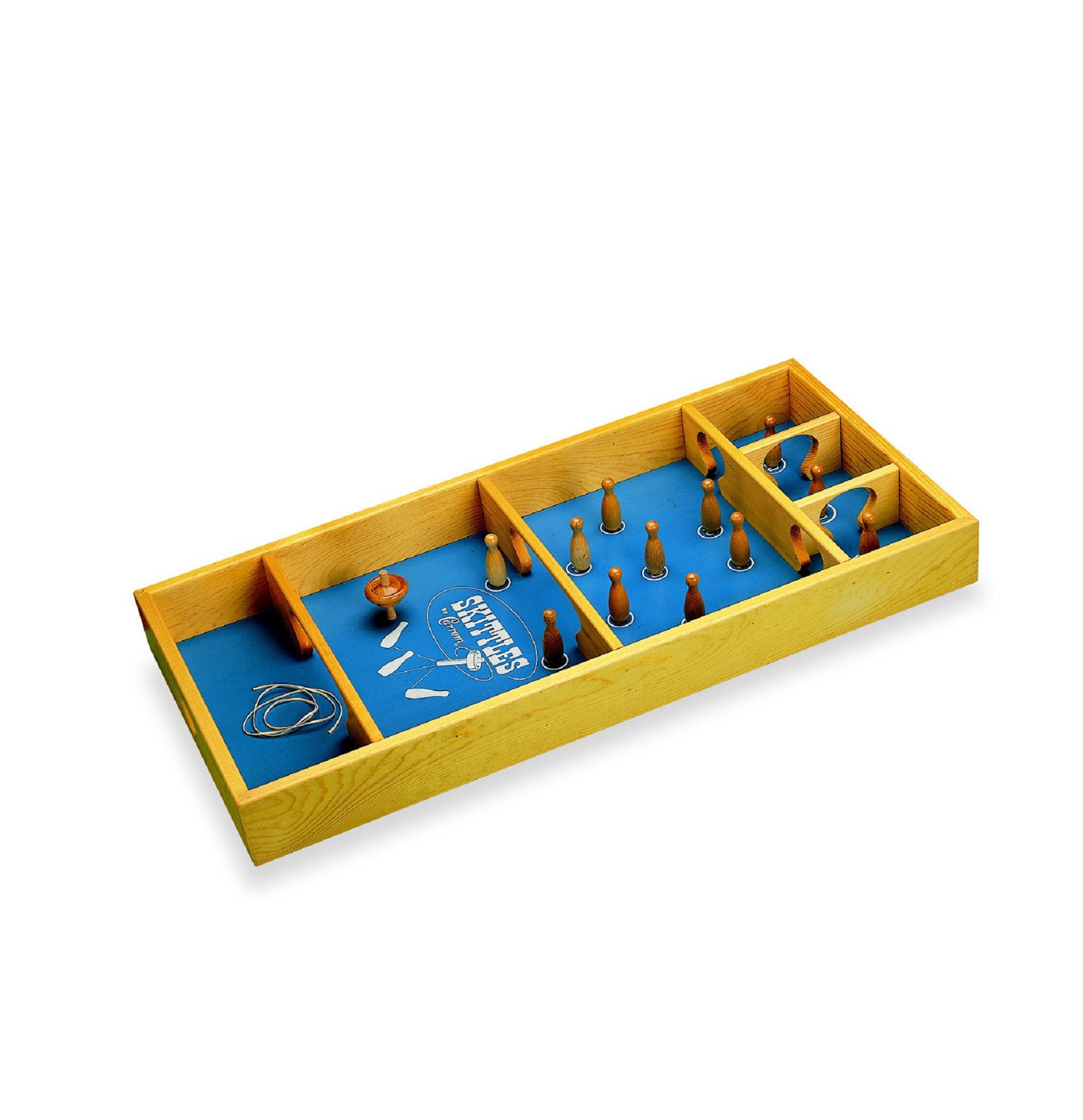 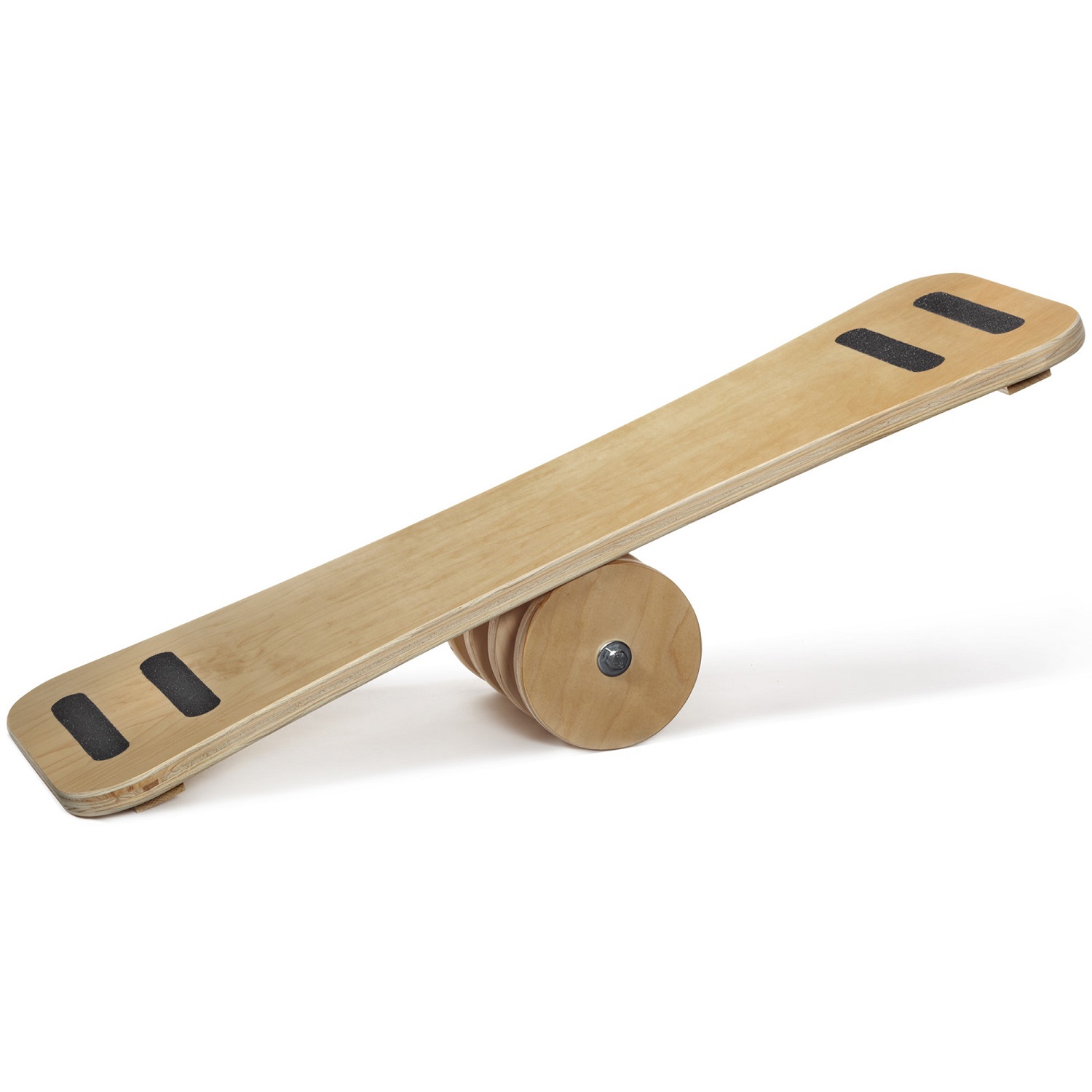 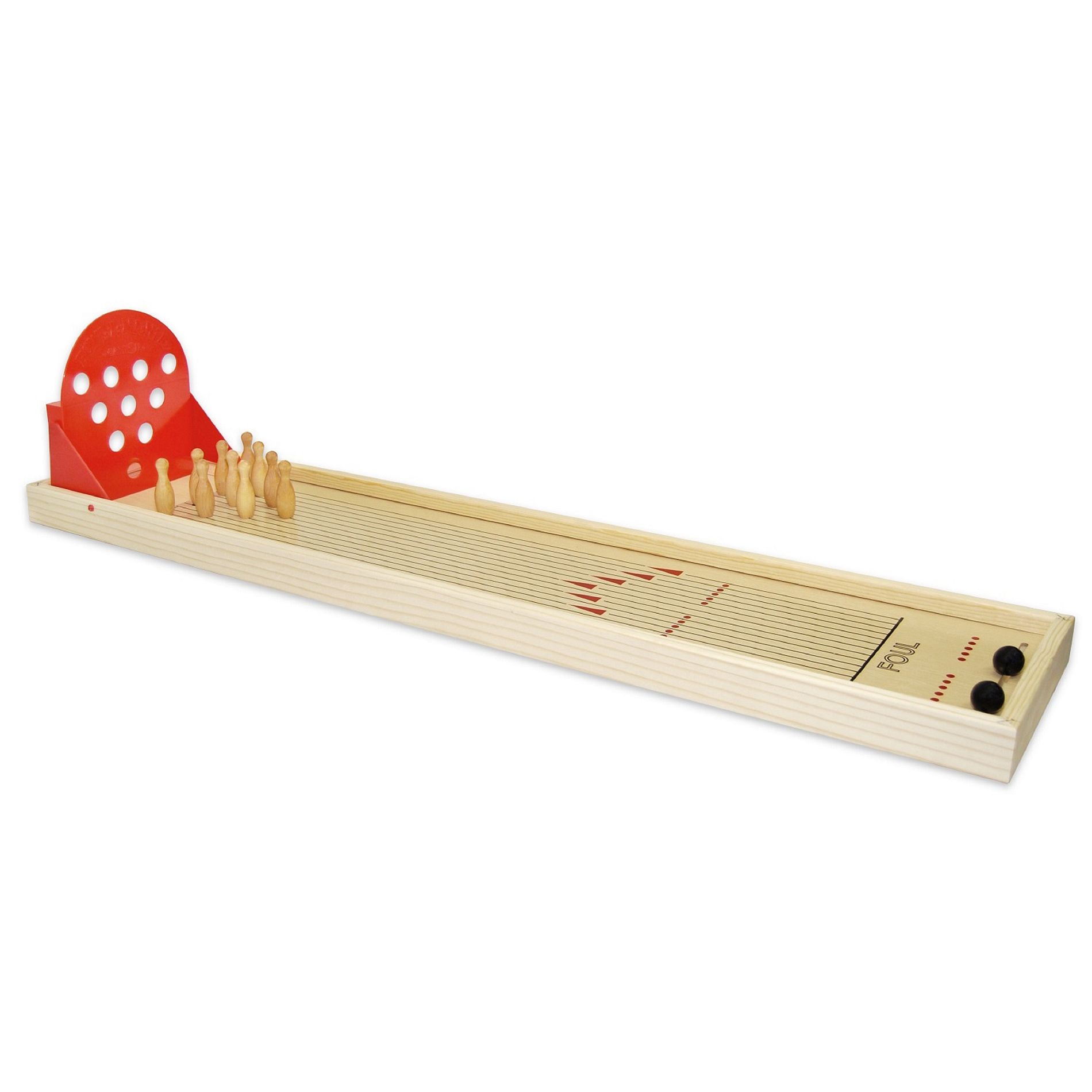 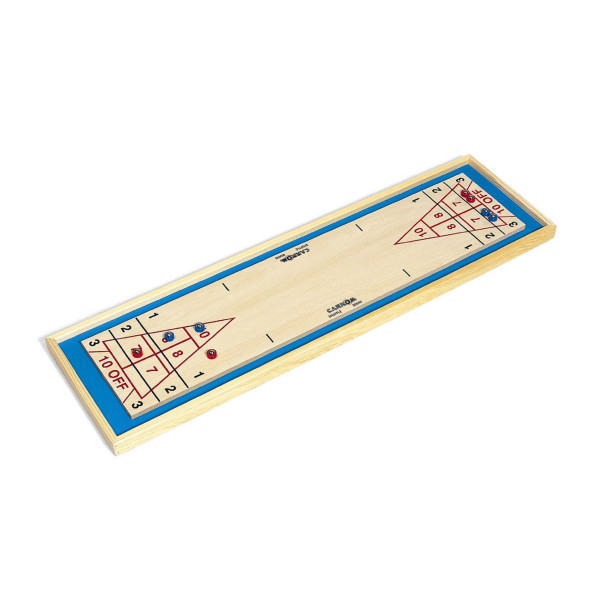 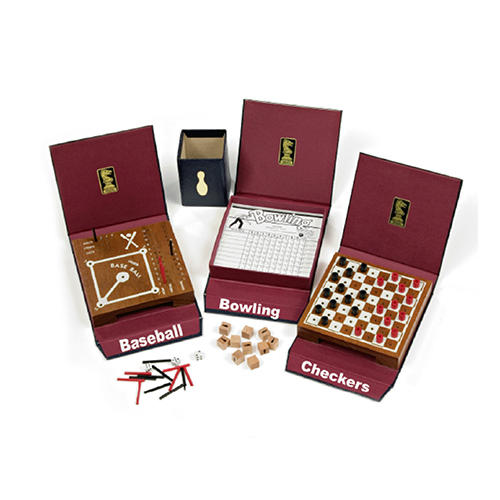 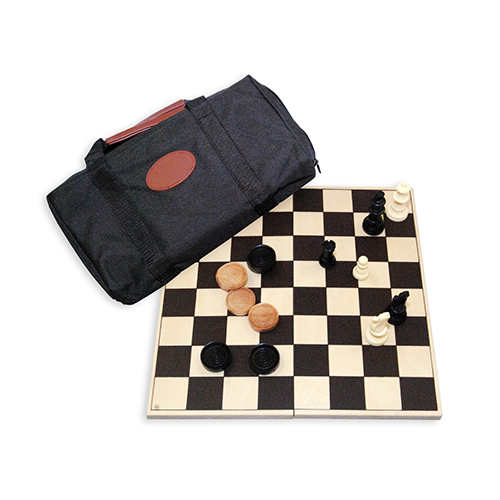 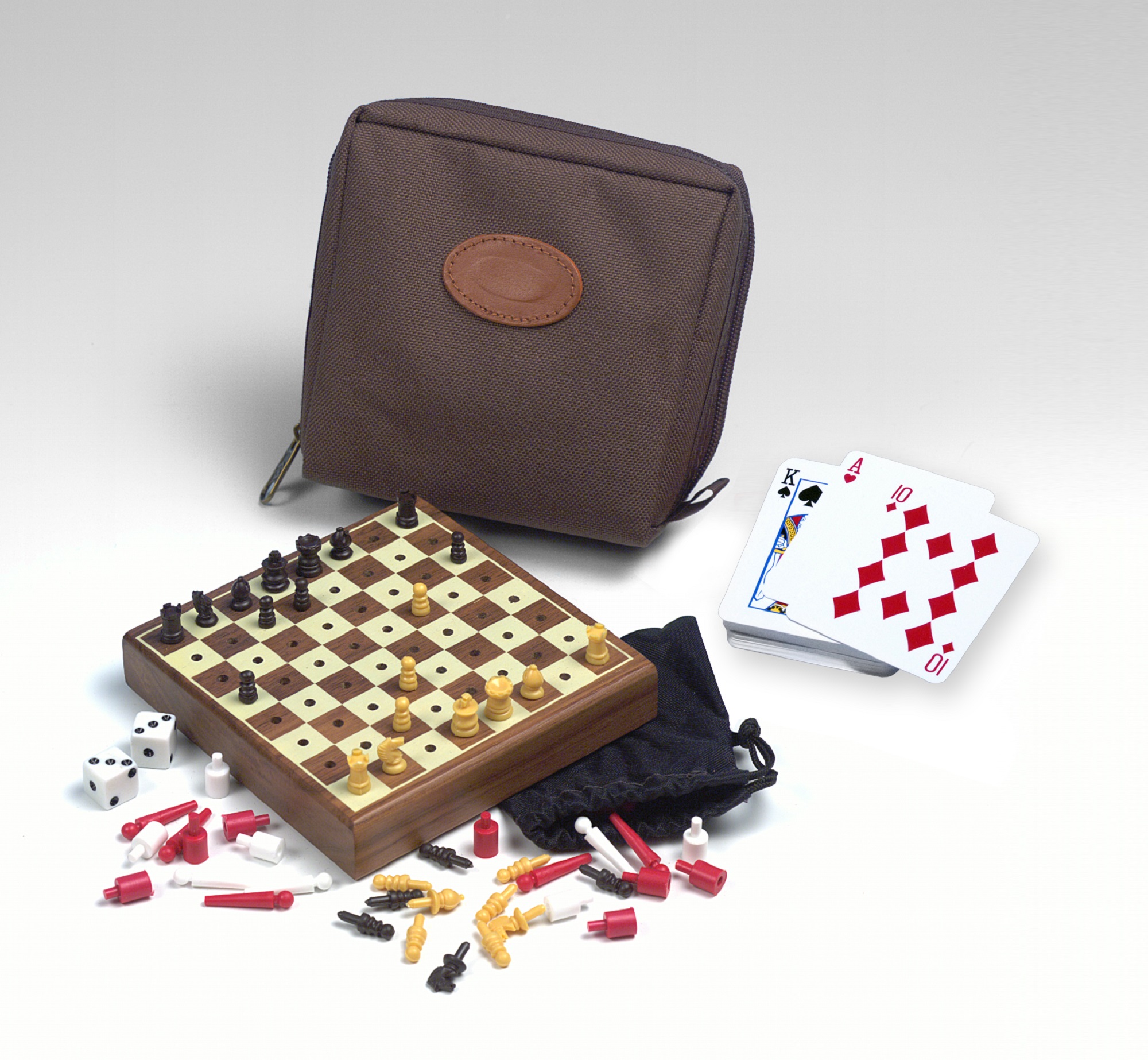 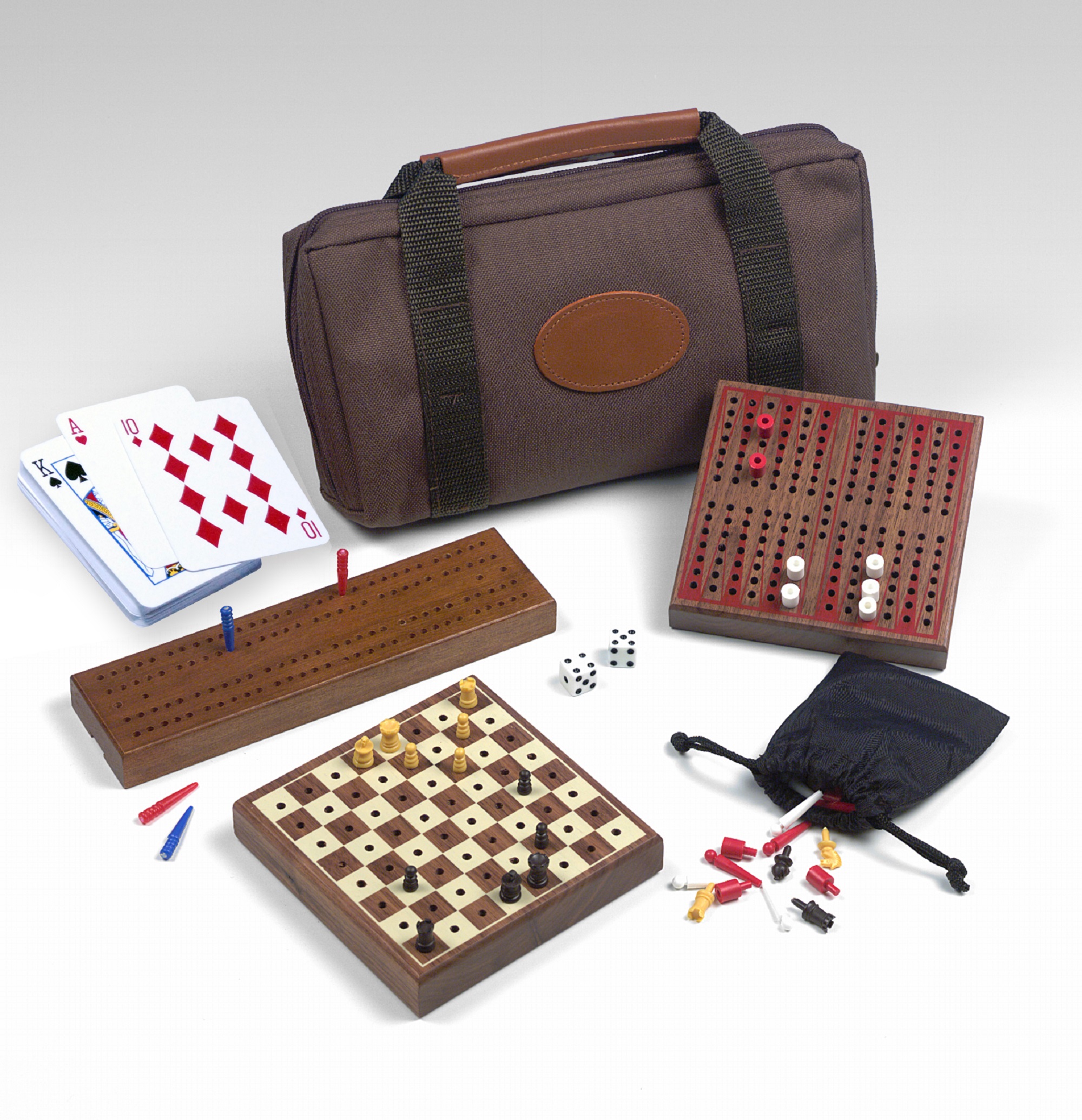 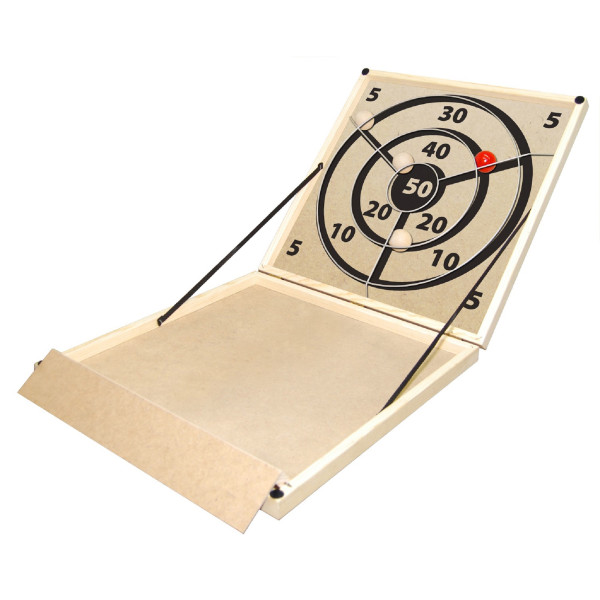 We don’t carry all of the Carrom games in our store, but we do carry a number of them including, bowling, hi bol, shuffleboard, travel games and more! If there is something that you are interested it, we can help!

We invite you to come in to Tip’n the Mitten and try a game or two out! Find out what makes these games so special to us and unplug your family Michigan style!

We are open EVERYDAY!!!

Find/rate us on Trip Advisor